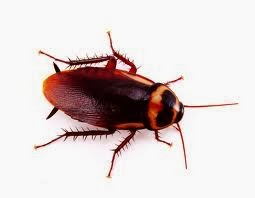 As I was responding to the points raised by two referees and the editor on my paper on cost-effectiveness with structural zeros (the preliminary version was here, while I have presenting it in a few talks and discussed it here, here, here and here).

I have to say most of the comments I received made a lot of sense and were extremely helpful. In particular, when I was thinking about how I should address them, I realised that I was much better off by modelling all the prior distributions on the scale of the mean and standard deviation of the cost variable, rather than using the original scale (e.g. rate & shape for the Gamma distribution).

This is true in general, of course, but it is quite helpful in this case, because I want to impose a very informative prior for the subjects for whom a 0 has been observed (so that in the posterior the mean cost is identically 0, a fortiori). I have updated the software webpage, which now reports the full list of inputs required by the main function bces0.

In particular, I have modified the original code so that:

I think the paper in its current (hopefully final!) version looks much better and the more I think about the overall problem and how the model deals with it, the more I kind of like it. But then again, as we say in Italian: “ogni scarrafone e’ bello a mamma sua”, which poorly translates into English as “every cockroach is beatiful to its own mother’s eyes”…